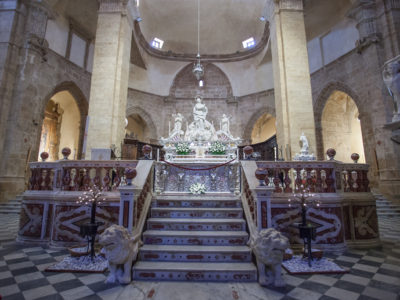 Santa Maria Cathedral is in the heart of the historical city center. Its construction began in 1503, when Alghero became episcopal seat. It is characterized by the influence of different styles, such as the Gothic-catalan style of the chapels, Renaissance and neo- classic of the cathedral’s facade in Piazza Duomo. From the bell tower, a symbol of the city, it is possible to admire the landscape of Alghero and its

END_OF_DOCUMENT_TOKEN_TO_BE_REPLACED 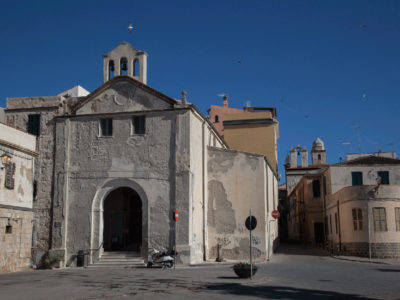 Located in the final part of via Cavour, the Chiesa del Carmelo faces San Giacomo Tower, with its peculiar entrance and rib vault dome. It was built in the XVII century along with the Carmelitano monastery, which was later transformed into private houses. On the inside there is a statue which represents Nostra Senyora dels Disamparats (Our Lady of the helpless), brought to Alghero in 1963 by a delegation from

END_OF_DOCUMENT_TOKEN_TO_BE_REPLACED 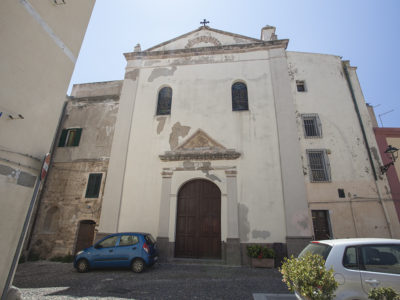 The Chiesa della Misericordia was built in the XVII century thanks to the Confraternita della Misericordia and is located in the upper part of via Principe Umberto, previously Carrer de Bonaire, that in the past was considered the most wholesome part of the city. The church hosts the precious Sancristus, sacred symbol of the Holy Week, a period of time in which the whole population participates to the Christian celebrations

END_OF_DOCUMENT_TOKEN_TO_BE_REPLACED 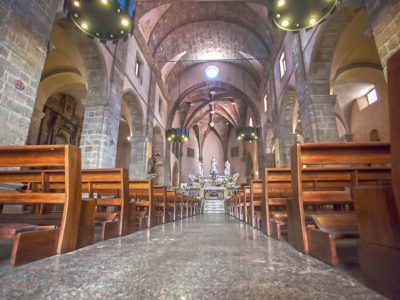 Located in the central street of Via Carlo Alberto, known to the Algherese people as “Corso”, the church entitled to San Francesco dates back to XIV century. Partially rebuilt after a structural collapse, it links the typical elements of the Gothic-Catalan and Italian renaissance styles. The cloister and the bell tower are really enchanting. 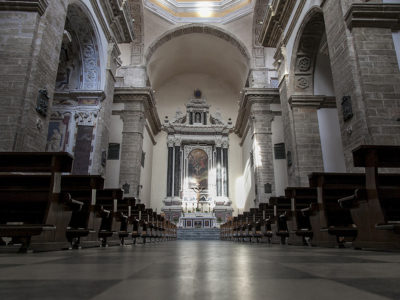 San Michele is the Jesuits church, who arrived in the city in 1584. Although it existed already in the XV century, the church was partially rebuilt in the second half of 1600, thanks to the generosity of Algherese soldier Gheroni Ferret. As of today, the church is entitled to the city patron, San Michele, whose festivity is on 29 September. The church can be seen from the long distance, thank